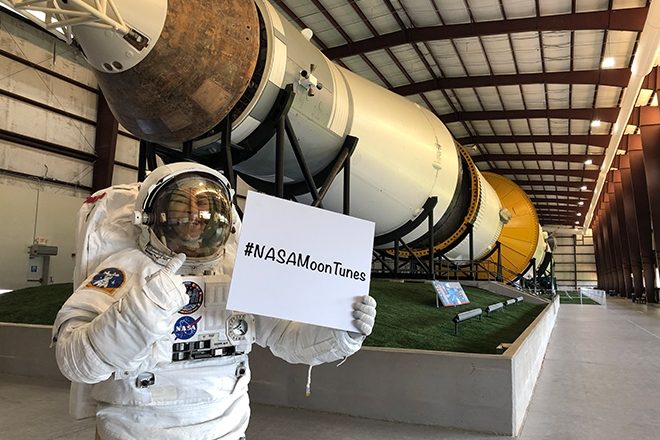 NASA is currently preparing to travel back to the Moon by the year 2024. In preparation for this upcoming adventure and to celebrate the 50th anniversary of the Apollo 11 launch, NASA has asked the public to help them curate the soundtrack for their bold journey to the lunar surface.

A spaceflight to the Moon is about six days round trip, meaning the astronauts making this bold journey will need plenty of music for their Moon Tunes playlist.

Anyone can submit suggestions between June 3 – 28 by either submitting music through this form or by tweeting it out with the hashtag #NASAMoonTunes.

Songs with explicit titles, lyrics and themes will not be accepted and only tracks that appear on official music streaming platforms can be added to the playlist.

The winners can hear their suggestions go live on the air during NASA’s Third Rock Radio station on July 13 and 14, just a few days prior to the Apollo 11 launch anniversary.

Tagged under: ​NASA, ​NASA IS CROWDSOURCING A PLAYLIST FOR ITS NEXT TRIP TO THE MOON