Avicii’s death last year shocked the dance community and laid bare the serious problems surrounding mental health in the music industry. Now, his father Klas has set up The Tim Bergling Foundation to help tackle the issue and effect change…

A year after the death of Avicii, and his suicide continues to stand as a symbol for the failings of the electronic music industry to protect its greatest asset — the mental health of its artists and employees. The world learned in horror that the 28-year-old Swedish DJ and producer had taken his own life in Oman on 20 April 2018.

“He could not go on any longer,” his family announced at the time about a man who, from the outside, had everything a young musician could dream of. But as many suspected, and eventually confirmed following his death, Avicii, real name Tim Bergling, was struggling. Despite his adoration, fame and fortune, Bergling’s drive as an “overachieving perfectionist who travelled and worked hard”, as his family described him, led to serious physical and mental health issues. Ultimately, Bergling was pushed into retirement in 2016, at just 26 years old. 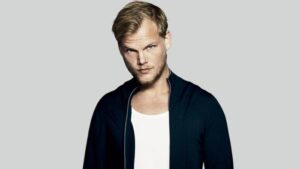 “Tim was not made for the business machine he found himself in; he was a sensitive guy who loved his fans but shunned the spotlight,” his family said following his death. If there is a silver lining in this tragedy, it’s that Avicii’s death has forced the industry to grapple with how to prevent incidents like this from ever happening again. “His death puts the spotlight firmly back on our industry,” Pete Tong said in 2018. “We weren’t supposed to die chasing the dream. This is a wake-up call.”

At this year’s International Music Summit, Tim Bergling’s father, Klas Bergling, participated in an hour-long roundtable discussion about mental health in the music industry, joined by artists like Professor Green, Luciano and Sasha — who have previously spoken about their struggles with mental health. The panel also included mental health experts, journalist Bill Brewster and Pete Tong, delving deep into how the industry can keep artists safe. According to Record Union, 73% of independent musicians suffer from mental illness, with fear of failure, loneliness and fi nancial instability contributing as major factors.

While Tim was no longer financially unstable, Klas talked openly about his son’s loneliness on the road, as well as intense fear of letting people down, which famously drove him to keep working while in an Australian hospital bed in 2014. He was diagnosed with acute pancreatitis caused by alcoholism, and needed his gallbladder removed. Instead, he asked if he could continue his tour, which he did. He fought through intense pain, which he described as like being stabbed from multiple angles, with the help of the highly addictive prescription opioid pain medication, Percocet.

Tim’s struggles with alcohol stemmed largely from the anxiety he felt while performing, which made him “so nervous” that he turned to drinking for the “encouragement and self-confidence” he felt he needed, he told GQ. This weighed on Klas’ mind at IMS, where he also spoke to Tong in a keynote address about the Tim Bergling Foundation, which he set up in his son’s honour, and his son’s struggles with alcohol, fame and the pressure to succeed. “It’s not many jobs that you can drink while you work, or you’re allowed to,” he said. “If you start drinking at your job, your manager is supposed to take care of you quickly. But in this case it’s different, and that’s part of the problem.”

Part of the problem, Tong noted, was that Avicii’s rise to fame started so young. Like many young people — especially young artists — Avicii was sensitive and shy, and used  drugs, and alcohol especially, to cover up his anxiety. “It’s probably something many of us went through when we were younger, to have a little alcohol to be braver,” Klas Bergling said. “But especially [as a DJ], when you’re supposed to motivate thousands of people and keep the machine going.” 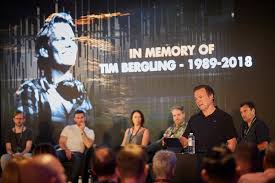 Tim kept the machine going better than almost everyone else. His tour schedule was unrelenting, crossing continents and time-zones with brutal intensity. “My life is all about stress. It will kill me,” he prophetically said at one point in the documentary Avicii: True Stories. During the keynote address, Tong asked Klas what he thought were the biggest issues that needed to be addressed.

“I think the sleep,” Bergling said. “The planning of the daily life as a DJ, travels where you don’t get any rest in between. You travel a lot, you sleep less”, which takes a heavy toll on some individuals. Some people can handle the DJ life better than others, and Bergling knew that his son was an especially shy, anxious and sensitive person. Avicii’s friends did too, saying that “the more famous he got, the more amplified his social anxiety got”. In a vicious cycle, Avicii’s social isolation and anxiety then further amplified his drinking, which he addressed to Rolling Stone in 2017.  “It’s very easy to become too attached to partying. You become lonely and get anxieties. It becomes toxic.”

On two occasions, Klas and Avicii’s management staged interventions when they saw the situation was getting out of hand. “The first time his tour manager stopped him, and he was very mad, he did not forgive us for that. He felt locked in, he didn’t want to go to any treatment. Even when he was ill, he thought he could continue. We were forced to cancel shows. The next time it was bigger, with all his friends, tour team, his brothers, everyone, we all sat down with him here in Ibiza. It was very hard.”

Things got better for Avicii after that. He stopped taking the painkillers he’d become addicted to, and Klas felt he was heading in the right direction. He hired a personal trainer, started to meditate and began writing music again. Friends also said he seemed brighter and more hopeful, especially after his retirement. “He was looking super-good,” Avicii’s creative partner Vincent Pontare said. “We said, ‘The fire is back in him’.”

Unfortunately, it wasn’t enough. Consequently, the Tim Bergling Foundation will focus on preventative work for mental illness and suicide to help stop other families from experiencing similar tragedy. Because Avicii’s connection to his fans was so strong, Klas hopes his messages will shift opinions with the public and policy makers, and help fix real problems. Klas said the foundation will be working with Suicide Zero, a non-profit organisation that has been working since 2013 to reduce suicide in Sweden, where approximately 1,500 people take their lives each year.

“One should not be afraid or ashamed to talk about mental health problems or troublesome thoughts; one should not carry them alone and keep them locked inside,” Klas told Billboard earlier this year. “Many times a talk with a good friend, parent, sibling, psychologist, priest or other understanding person can help solve many problems before they get worse.”

The foundation will also focus on climate change, the protection of endangered species, and nature conservation, “which was Tim’s passion,” Klas said. Tim regularly donated money to help save elephants, and poachers and deforestation upset him deeply. He also regularly donated to help hungry children and the homeless, all of which Klas said will be areas the foundation will focus on. 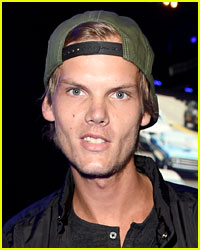 The foundation is still in its earliest planning stages. But for fans wanting to help, Klas said that once the foundation’s website is up and running, you’ll be able to donate there. In the meantime, he said you can honour Avicii’s legacy with love and respect.