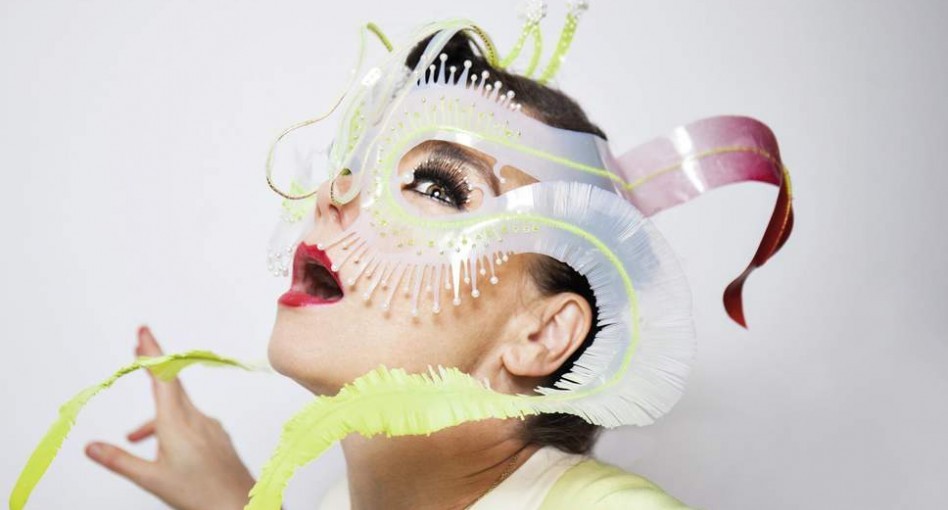 Björk has shared a new video for ‘Losss’, a track that featured on her 2017 ‘Utopia’ album.

The surreal clip is directed by Tobias Gremmler, the digital artist who was also behind the visuals to Björk’s ‘Tabula Rasa’ video, unveiled in May.

This latest offering was made to be shown in the live arena as part of the Icelandic icon’s ‘Cornucopia’ tour, which heads to Mexico this month before hitting Europe in November following its debut in New York earlier in the year.

“It is time to show you another song visualised by the overwhelmingly talented Tobias Gremmler ….. noone captures digital sensuality like him, elegant and expressive!!!! This is made for the multiple screens of cornucopia and we share it all here on 1 for your laptop screen.

“We based the visuals on the conversations between our inner optimist and pessimist , when i recorded this i tried to sing in a deeper tone for one of them in the left speaker and a higher optimist in the right . and if you listen on headphones it will match the imagery.”

All nine Björk LPs, including ‘Utopia’, were reissued on multicolour cassettes in April.