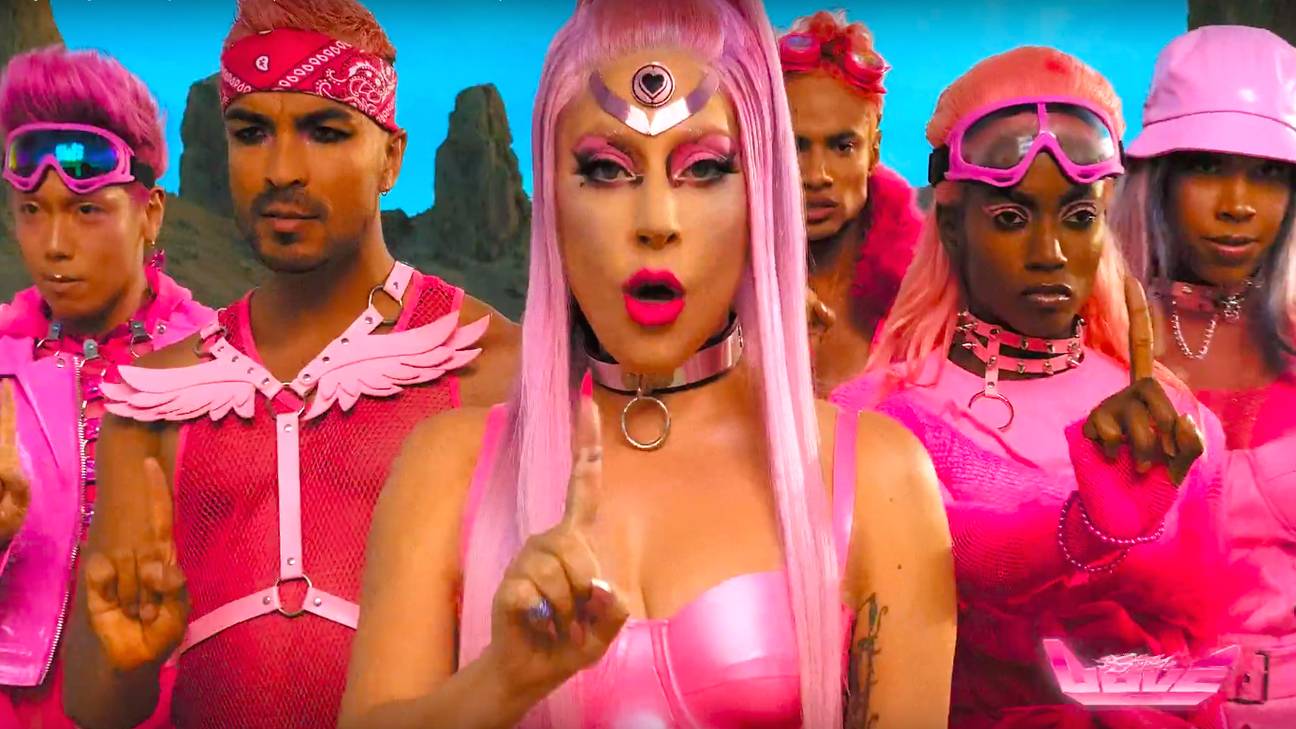 Lady Gaga has given us another major pop moment — her first of the new decade — and this time, she’s traded in her trusty pink cowboy hat for something a little pinker and a lot more intergalactic. (“Intergagalactic?”)

On Friday (February 28), Mother Monster released the dance-pop banger “Stupid Love,” which you may or may not have heard after it leaked online last month. If you were one of those early listeners, you’ll know that the disco-infused bop boasts a chugging power chorus and bright lyrics about daring to open your heart and love again. “You’re the one that I’ve been waiting for / Gotta quit this crying,” Gaga sings over ’80s-style synths from BloodPop (“Perfect Illusion”) and Tchami (“Applause”). “Nobody’s gonna heal me if I don’t open the door / Kinda hard to believe, gotta have faith in me.”

What the world hadn’t seen before tonight, however, is the song’s accompanying video, which brings Gaga’s refrain of “all I ever wanted was love” to life in stunningly vibrant style. In the vid — which was shot entirely on an iPhone — a pink-haired Gaga dances with a colorful cast of characters on an alien planet where she fights for love amidst a storm of hate and anger. And, in the process, she manages to save pop music all over again.

“Stupid Love” comes after Gaga previewed the video earlier this week with a pair of short teasers and splashy, pink-hued billboards around the world. As eagle-eyed fans promptly noted, the word “Chromatica” was written on the posters, leading to speculation that it’s the title of her forthcoming sixth studio album.

While we await the arrival of #LG6, check out some of the best reactions to “Stupid Love” below — beginning with Gaga’s declaration that “earth is cancelled.” JOSH WINK REVEALS HOW HE REALLY MADE ‘HIGHER STATE OF CONSCIOUSNESS’