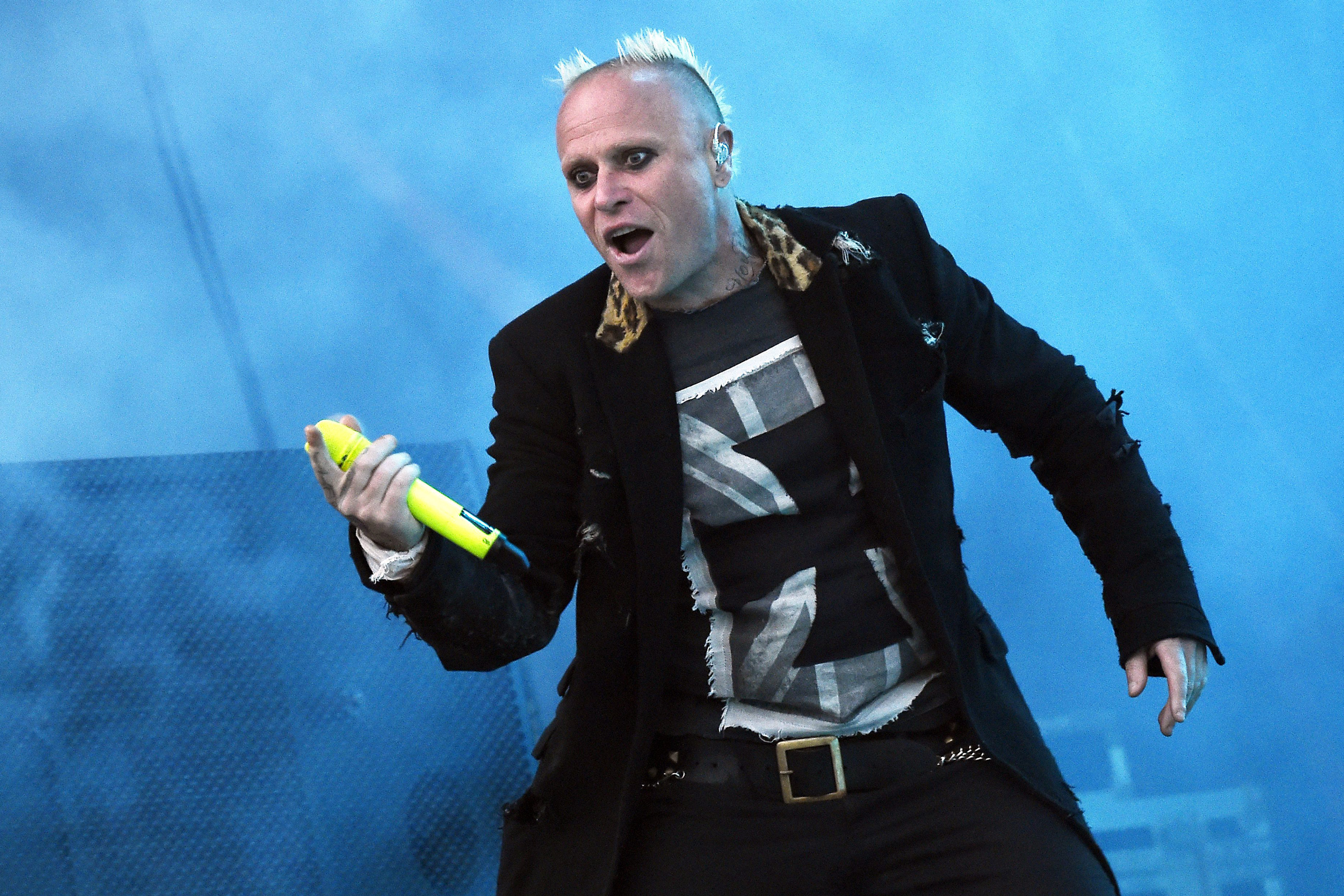 Keith Flint, the frontman of British techno band The Prodigy, has died aged 49 having reportedly killed himself at home.

Police confirmed that a man aged 49 was found dead at a home in Essex at 8.10am on Monday morning. The band, confirming his death, described  Flint as a pioneer, an innovator and a legend.

In a statement, the group said: “It is with deepest shock and sadness that we can confirm the death of our brother and best friend Keith Flint. 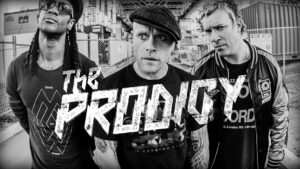 “A true pioneer, innovator and legend. He will be forever missed. We thank you for respecting the privacy of all concerned at this time.”

Flint’s bandmate and fellow founding member Liam Howlett said he was “shell-shocked, angry, confused and heartbroken” after finding out the news, adding that “our brother Keith took his own life over the weekend”. 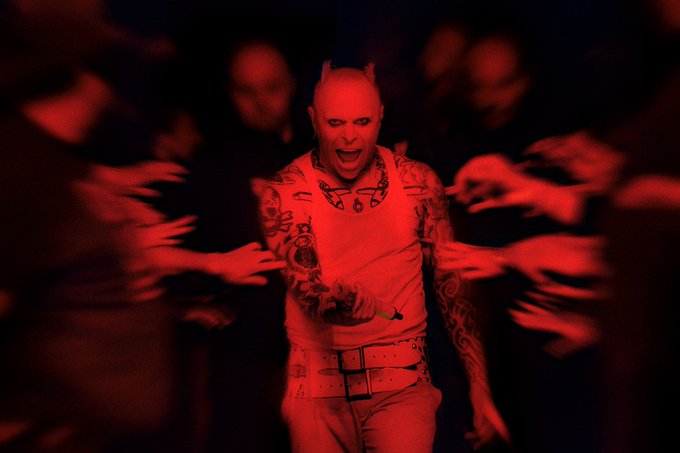 It is with deepest shock and sadness that we can confirm the death of our brother and best friend Keith Flint. A true pioneer, innovator and legend. He will be forever missed.

We thank you for respecting the privacy of all concerned at this time. 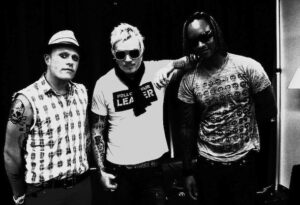 An Essex Police spokesman said: “We were called to concerns for the welfare of a man at an address in Brook Hill, North End, just after 8.10am on Monday March 4.

“We attended and sadly a 49-year-old man was pronounced dead at the scene. His next of kin have been informed.

“The death is not being treated as suspicious and a file will be prepared for the coroner.”

The Prodigy enjoyed hits with their tracks Firestarter and Breathe and were known for their fusion of techno, breakbeat and acid house, forged in the UK’s illegal rave scene, and their anti-establishment stance.

An East of England Ambulance spokeswoman said: “We were called at 8.08am with reports of a man who was unconscious in Brook Hill, Dunmow.

“We sent an ambulance officer, Essex and Herts Air Ambulance and one ambulance. Sadly a man in his forties died at the scene.”

Flint was a founding member of the band, having initially started as a dancer when the group formed in Essex back in 1990.

He eventually took on the vocals, and was famed for wild performances with matching, colourful mohawks either side of his head.

Flint was the frontman for The Prodigy’s biggest hit Firestarter, which was the first single released from the band’s third album – The Fat Of The Land.

The Prodigy’s best performances
His first performance as the group’s lead singer proved successful, and the record gained international acclaim, staying at the top of the UK Singles Chart for three weeks.

The Prodigy are scheduled to tour their latest album No Tourists around the world, starting next month.

Starting in Bogota, Columbia, the tour has 11 dates listed in the US throughout May, before returning to the UK via 11 dates across Europe.

“Whenever our paths crossed he was an absolute sweetheart. Really lovely. Incredible iconic frontman with a soft centre.” She signed off the tweet with the hashtag RIP Keith Flint.

The Chemical Brothers, Kasabian and Emily Eavis are among those paying tribute to The Prodigy’s Keith Flint following his death at 49.

Ed Simons of The Chemical Brothers, who rose to fame in the 1990s along with The Prodigy in the emerging rave and electronic music scene, led the tributes with a memory of Flint on Instagram.

Along with a picture of himself and bandmate Tom Rowlands on stage with Flint, Simons wrote: “Such sad news about Keith Flint. This is him unexpectedly joining us on stage in 1995.

“He managed to kick the power out but no one minded he was Keith from the Prodigy and he could do whatever he liked.

“He was a lovely generous man, full of spirit. RIP.”

A post from The Chemical Brothers’ official Twitter account said: “so sad to hear about Keith Flint, we played many gigs with the prodigy over the years and they were always friendly and supportive.

“he was an amazing front man, a true original and he will be missed.tom&ed x”

Referring to their 2006 album Empire, they added: “Remembering the special times we had together making Empire. Heartbroken. Rest in Peace Brother.”

Glastonbury co-founder Eavis wrote that The Prodigy were the first dance act to play the music festival more than 20 years ago as she shared a message on Twitter.

She wrote that she was “so saddened” to hear of his death, and added: “He’s played here so many times with the Prodigy and was booked for 2019. What an incredible frontman.”

Along with a clip of their landmark set, she said it was a “huge, unforgettable moment”. 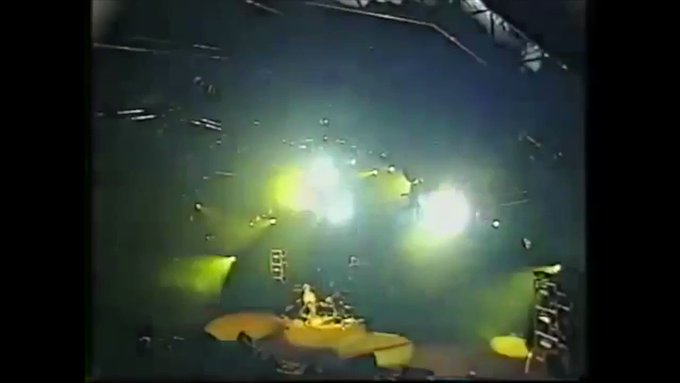 We are so saddened to hear about the passing of Keith Flint. He’s played here so many times with the Prodigy and was booked for 2019. What an incredible frontman. Here’s a clip from ‘97 when they were the first dance band to headline Glastonbury – a huge, unforgettable moment.

BBC Radio 1 presenter Nick Grimshaw recalled a “life-changing moment” in his youth when seeing The Prodigy as his first gig.

He wrote on Instagram: “Such a big part of my formative teenage years, posters on my wall, learning the lyrics on the bus home from school and torturing my parents with Fat Of The Land.

Rapper Dizzee Rascal shared a grab from The Prodigy’s music video Firestarter, and wrote: “I remember when this video came out and I thought f*** this guy is a lunatic!

“Then I opened up for the @theprodigyofficial in 2009 at Wembley and he was was one of the nicest people I’ve met and always was every time I met him, the whole band were.

“When it comes to the stage few people can carry a show like him I’m proud to say I’ve seen it for myself. Iconic and a gentleman Rest in peace @keithflintofficial.”

Radio 1’s Annie Mac said that “UK music has lost a hero” in a heartfelt Twitter post, in which she added: “My heart goes out to The Prodigy and to Keith’s loved ones.” 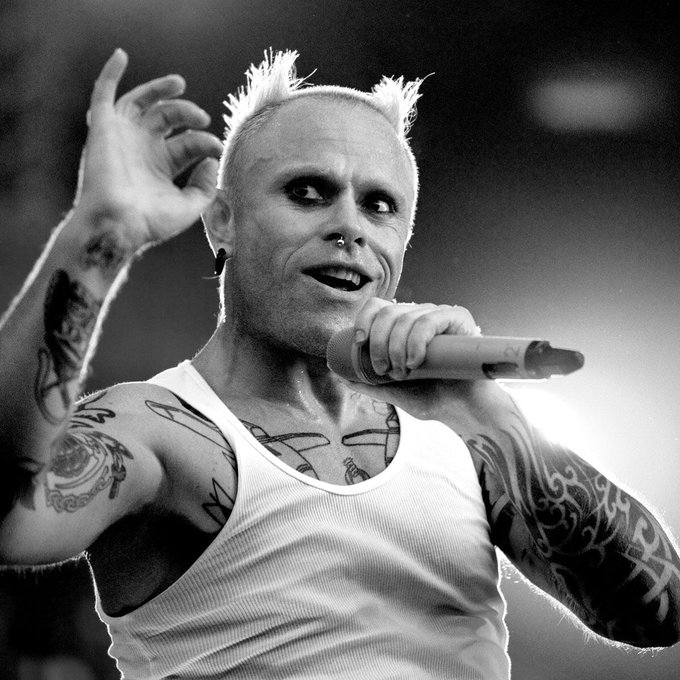 RIP Keith Flint. Very sad to hear the news that he’s passed away. I wouldn’t do what I do without him and The Prodigy in my life. A huge inspiration to me and many others

Ed Simons of The Chemical Brothers tweeted: “Oh gosh, so sad to hear about  Keith Flint, he was always great fun to be around and very kind to Tom and I  when we first started doing shows together… great man.”

Singer Beverley Knight wrote: “I just heard, and I am heartbroken. Once the most innovative, fearless, ballsy bands to grace a stage and Keith was perfection up front.

A post from electronic music duo Chase and Status said: “Absolutely devastated to hear the tragic news that the legend Keith Flint from The Prodigy has passed away.

“Our thoughts and condolences are with all his friends and family. We wouldn’t be here if it wasn’t for Keith and the life changing music they made and championed. RIP.”

Dizzee Rascal paid tribute to Flint on Instagram describing him as “one of the nicest people I’ve ever met”.

He wrote: “Today was going so well.

“I remember when this video came out and I thought, ‘f— this guy is a lunatic!’

“Then I opened up for the The Prodigy in 2009 at Wembley and he was was one of the nicest people I’ve met and always was every time I met him, the whole band were.

“When it comes to stage few people can carry a show like him I’m proud to say I’ve seen it for myself. Iconic and a gentleman Rest in peace.”

Explosive frontman who carried the sound of British rave

As the lead singer of The Prodigy, Keith Flint carried the sound of British rave music from an insular community of party-goers to an international audience – selling 30 million records worldwide in the process.

The explosive frontman – known for his energetic and deranged performance style, shocking green hair and tattoos – has died aged 49.

Keith Charles Flint was born on September 17 1969 in Redbridge, East London. As a child he moved to Braintree, Essex, where he met The Prodigy co-founder Liam Howlett at a nightclub.

They discussed music and realised they shared a taste for harder, club-ready sounds.

Originally a dancer for the group, Flint was promoted to singer after he provided the vocals on the band’s song Firestarter, a track which propelled them to the mainstream.

When the band released the video for the 1996 single, Flint’s performance was deemed too scary for children – meaning many music TV stations wouldn’t play it until after 9pm.

Alongside band-mates Howlett and Maxim, Flint became the face of British rave.

While the group were spoken of as bedfellows with other commercial dance acts like The Chemical Brothers and Fatboy Slim, they pioneered a harsher, more abrasive sound.

They reached number one in the singles charts with tracks Firestarter and Breathe in 1996, and went on to score seven number one albums.

But these songs were not usual dance pop fodder, instead drawing from sonic sounds inspired by the UK’s illegal rave scene.

Known for their overt anti-establishment stance as much for their music, The Prodigy were vocal critics of the UK’s Criminal Justice And Public Order Act 1994, which banned the raves popularised following the so-called second summer of love in 1988 and 1989.

And despite being accepted by the mainstream, they never submitted to the whims of passing musical fashion.

The Essex band has never wholly belonged to any genre. Whether it was the emergent rave scene at the start of the nineties, Britpop later in the decade through to more recent dubstep and EDM – they were lurking, all the time selling millions of records and just as many tickets for their incendiary live shows.

During this time, Flint became known for his extreme tattoo and body piercing regime.

In an interview, he revealed his most painful tattoo was the word Inflicted across his stomach, designed by Howlett.

Flint said the pain felt like he was on an altar being ritualistically scarred by a Satanic beast.

He was also a keen motorcyclist.

Flint rode 1,500 miles from Britain to southern Spain to attend the Spanish motorcycle grand prix in 2007 and took part in club competitions.

His regular riding partner was Lee Thompson, of the ska-punk band Madness.

In 2014 Flint bought and renovated The Leather Bottle pub in the Essex village of Pleshey. 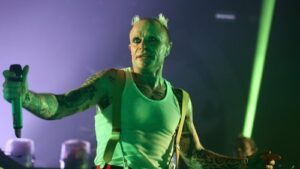 He reportedly had a jar that customers had to put a pound into every time they made a “firestarter” joke when he lit the pub’s fire.

We will miss you Keith R.I.P