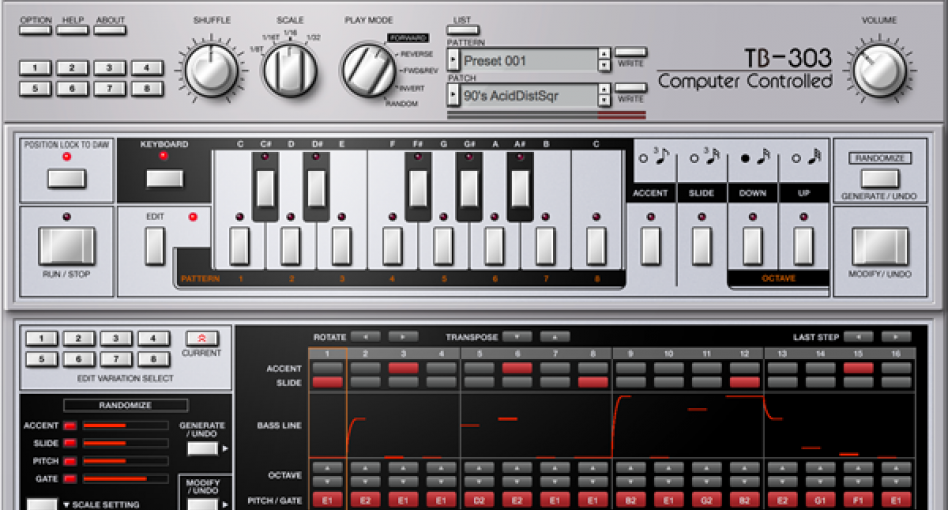 Roland have added the TB-303 – the classic sound of the ‘acid’ bassline – to their subscription service Roland Cloud. The virtual re-creation of the famous synth features the same layout and interface of the hardware version, using Roland’s ACB (analogue circuit behaviour) technology to generate the sounds, similar to the plugin versions of the Juno-106, Jupiter-8 and others from their Legendary Series.

As well as the classic acid sound, Roland have added some new features including five different play modes for the sequencer, including an expanded sequencer view, extra patch memory and some new FX options such as ‘Drive’ and ‘Delay’.

Tagged under: ROLAND ADD THE 303 TO THEIR CLOUD PLUGIN SERVICE WATCH: WHY THE TECHNICS 1210 IS STILL VITAL FOR THE FUTURE OF DJING