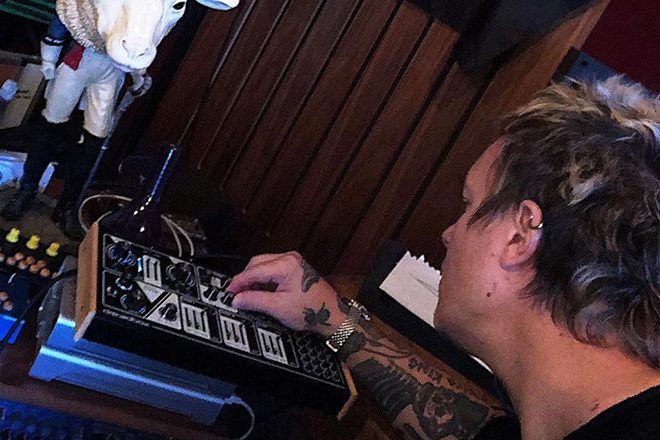 The Prodigy have shared a photo saying they are back in the studio.

It’s the first time they’re working on music since the passing of band member Keith Flint, as stated in a Facebook photo post showing Liam Howlett using some equipment.

The Prodigy’s latest offering came in the form of album ‘No Tourists’, released on their Take Me To The Hospital label in November 2018.

Since Keith’s death in March, fans all over the world celebrated his life and career in music. Hundreds turned out for his funeral procession in Essex and fans started a campaign to get ‘Firestarter’ to number one in an attempt to raise awareness of male suicide. There have also been plans for a statue of the rave icon to be installed in his hometown of Braintree.

Tagged under: THE PRODIGY ARE BACK IN THE STUDIO